San Marino is one of the oldest republics in the world, and the fourth smallest state in Europe. The territory of the Republic is extended for a surface of 61 sq.km, where 30.000 citizens live and offers a landscape of amazing beauty.

The Republic of San Marino is a Sovereign State which is governed by two Captains Regent. They are appointed by the Great and General Council and remain in charge for six months. The evocative investiture ceremony takes place every year on April 1 and October 1. The two Captains Regent represent the State and act as the major guarantors of the constitutional system.
Legislative power is vested in the Great and General Council. It is made up of 60 members and has the same functions of any other parliamentary assembly. The general elections take place every five years. Executive power (government) is exercised by the State Congress, whose members are called State Secretaries (ministers). 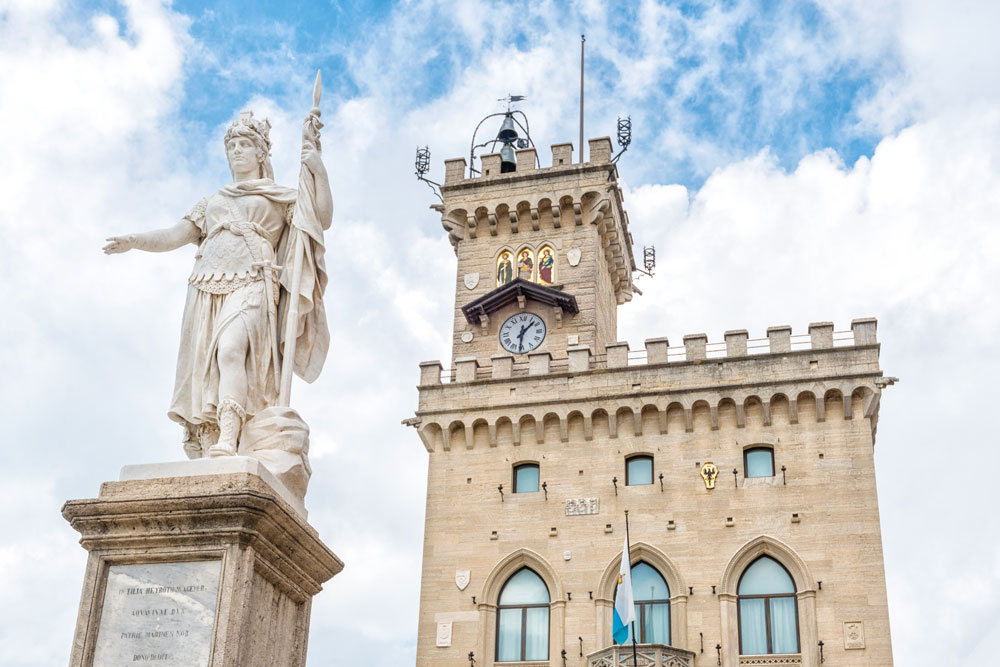 A bit of History

The veneration of the Saint who, according to the legend, founded the Republic is widespread and truly deep-rooted.

The legend narrates how this stone-cutter left his native Arbe Island, in Dalmazia and came to Titano Mount to establish a small community of Christians persecuted because of their faith, at Emperor Diocleziano times.
San Marino benefits from an exceptional hospitality tradition. This free country has never refused asylum and help to those persecuted by misfortune or tyranny, whatever their conditions or ideas. During the last World War, San Marino hosted more than 100.000 refugees.
Today the Republic of San Marino which is independent, democratic and neutral, is the most ancient Republic of the world. Although it continues to be faithful to its ancient traditions, it is also sensitive to the call of the progress.

On July 7, 2008 UNESCO’s Committee, whose members gathered in Quebec, Canada, decided to include the old towns of San Marino and Borgo Maggiore and the nearby Mount Titano in the prestigious List of World Heritage Sites. This recognition plays a fundamental role for the Republic of San Marino, the oldest republic in the world which still retains its original values of authenticity and identity. This fascinating City-State, a charming medieval jewel which rises on the top of Mount Titano, has been given the universal role to bear witness to the big efforts local inhabitants made in order to achieve democracy through parallel institutions. 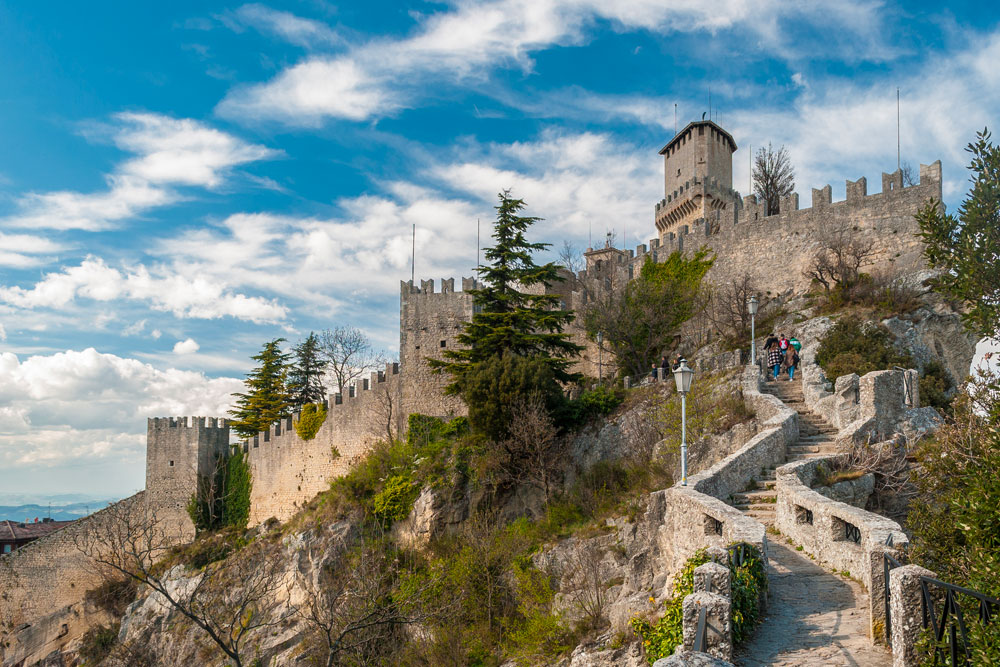 San Marino stands out as a perfect balance of ancient traditions, like the fact the small State is governed by two Captains Regent, and outstanding artworks, such as the sumptuous palaces which still host ancient traditional ceremonies and rituals. San Marino’s fascination is complemented by the outstanding natural beauty of Mount Titano, which gathers enchanting landscapes and scenic wonders.
The small portion of territory which was included in the list covers an area of approximately 55 hectares. It comprises San Marino’s Old Town, the three towers (Guaita, Cesta and Montale), Mount Titano, Borgo Maggiore’s Old Town and the rock (an enchanting natural area which develops on the slopes of Mount Titano). Not to be missed are the outstanding monuments and buildings which punctuate the City-State, such as the Basilica of the Saint, the monasteries of St. Francis and St. Clare, Palazzo Pubblico, Titano Theatre, the fortified city walls and the historical palaces which command the city’s most characteristic quarters.